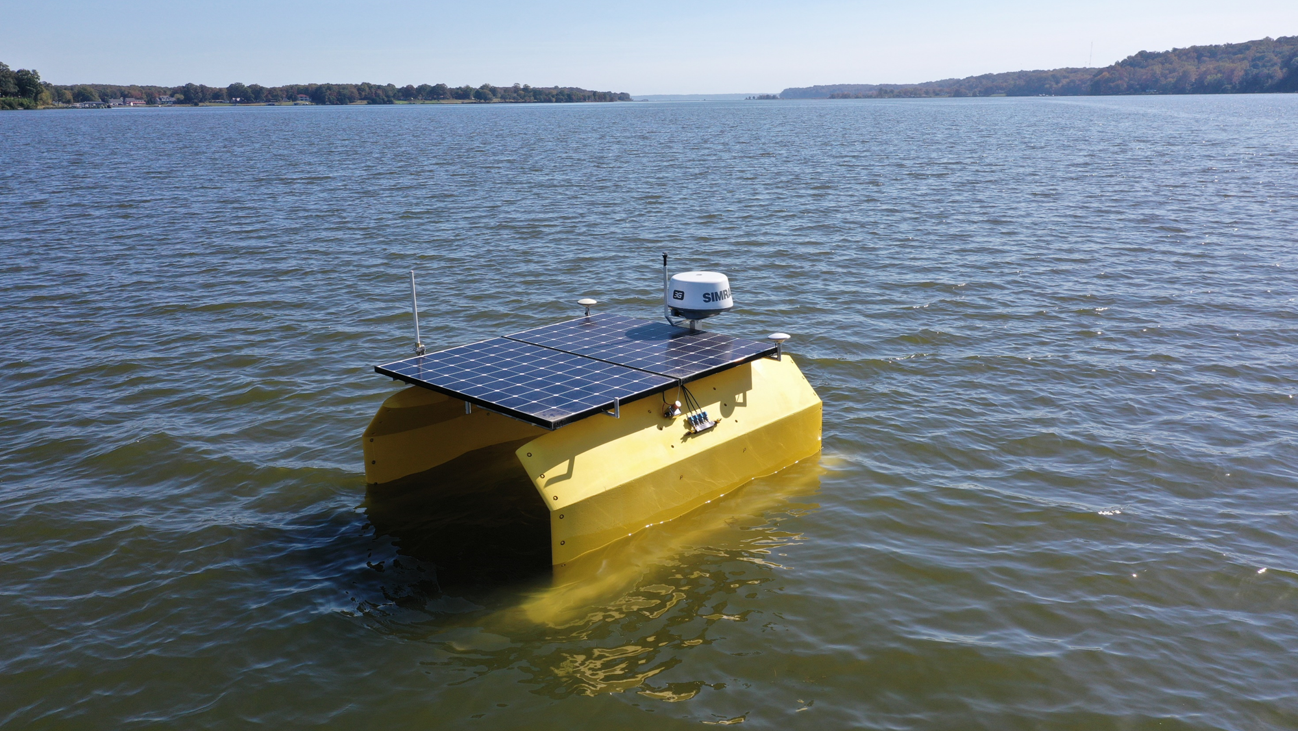 The Autonomous Coastal Monitor (ACM) successfully performed a week of surveys for the National Oceanographic and Atmospheric Agency (NOAA) on Aqua Creek, a tributary of the Potomac River. The ACM, a green powered autonomous surface vehicle, captured 1 TB of data using several surface and subsurface sensors. Some of the sensors that were used included an imaging multibeam sonar, optical sensors, sidescan sonar, weather sensors, and a multiparameter water sonde for water quality monitoring. Sensors were quickly swapped out during this survey depending on the data that needed to be collected. In some instances, multiple sensors (e.g., sidescan sonar and the water quality sonde) were employed simultaneously proving the ACM as a highly versatile platform.

The data snapshots shown below include both imaging multibeam and sidescan sonar images as well as processed water quality data from the study area. The multibeam sonar data shows a previously unknown, submerged, man-made structure that may be debris from prior tropical storms or other events that will require further investigation. The mosaiced sidescan sonar data shows the current railroad trestle footings and what appears to be the remaining structure from the original trestle.

Water quality data was captured for Temperature, Conductivity, Dissolved Oxygen, Turbidity, and Chlorophyll A and their derived products such as Salinity, Total Dissolved Solids, and Oxygen Saturation. The water quality data presented shows geolocated dissolved oxygen levels in the study area. This data has been post-processed using GIS techniques to determine the spatial distribution of the data for later analysis of possible effectors.

All data was collected using green power and shows the diverse types of data that our vehicle can capture in the marine environment, offering extraordinary value for our clients. 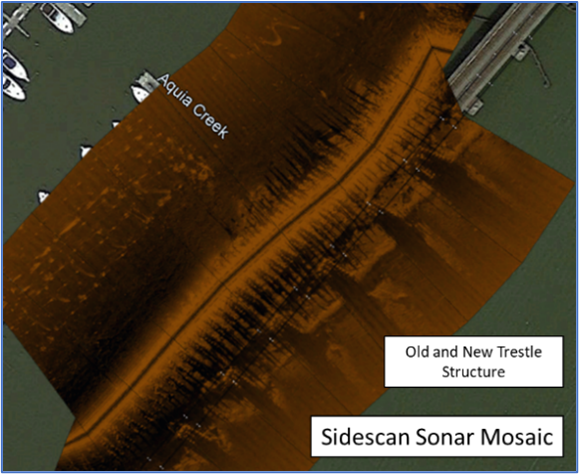 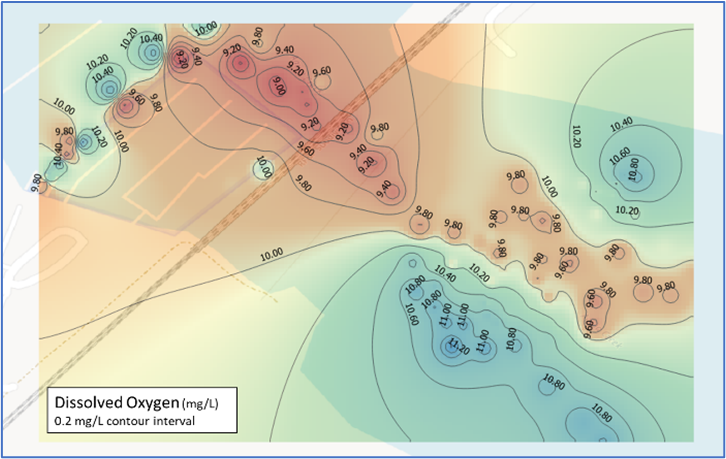 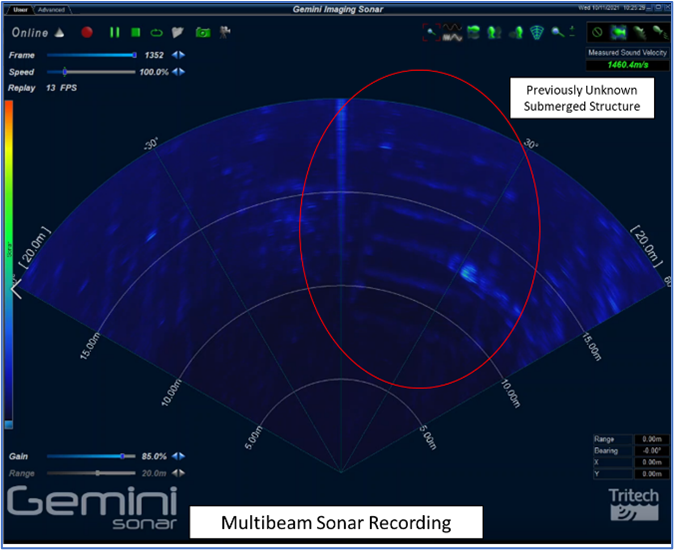 View all posts by: David Jochum